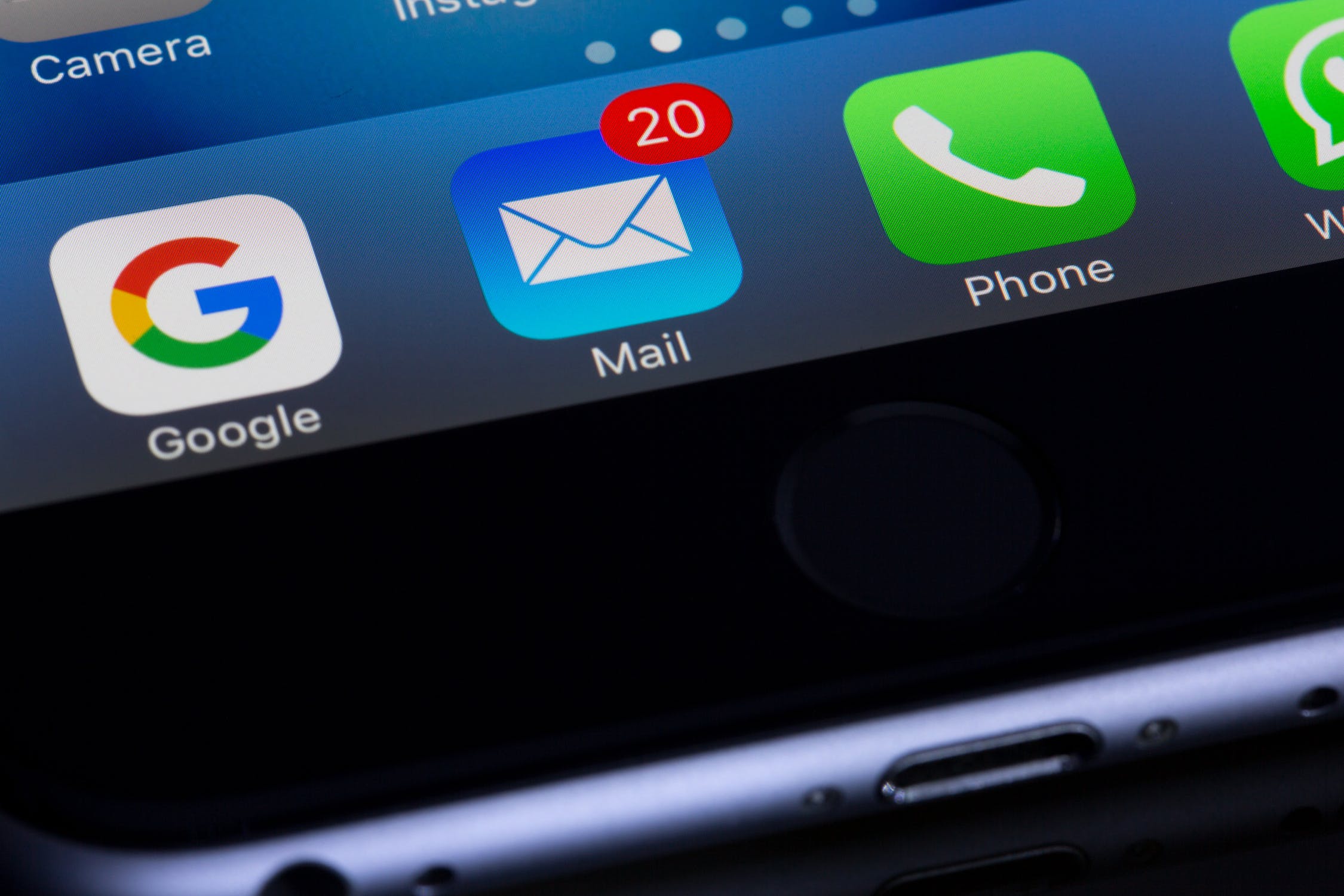 Someone asked me recently if I thought email marketing was dead..?

My answer was, well I actually laughed a bit to myself before answering him, because it’s absurd to think that email marketing could be dead in anyway, especially when the person who asked me the question in the first place, replied directly from one of my marketing emails to do so…

See what I am saying?

Well anyway, here’s how I look at it as an analogy that most people should understand when wondering – Is email marketing dead?

Facebook launched February 2004, and has continued to grow at an unprecedented rate for 18 years now, and even though many multitudes of other social networks have launched since than, Facebook is still king.

Look at this graph Statista put out as of July 2021, which ranked social networks according to number of active users. Facebook has over 2.85 billion.

You see, unlike humans themselves, and apples left out on the counter too long, some ideas and technologies become LESS perishable as time goes on.

Who would have thought Facebook would go on to become some a staple in peoples lives..

The longer something’s been around, the longer it will continue to survive and thrive.

Email marketing has continued to grow over time just like Facebook, even though there have been many alternatives introduced.

1. According to The Guardian, the very first version of what would become known as email was invented in 1965 at Massachusetts Institute of Technology (MIT) as part of the university’s Compatible Time-Sharing System, which allowed users to share files and messages on a central disk, logging in from remote terminals.

2. Ray Tomlinson in 1971 sends the first ever “email”, Ray Samuel Tomlinson is credited as the inventor of networked email; in 1971, he developed the first system able to send emails between users on different hosts across the ARPANET, using the @ sign to link the user name with a destination server.

The sender was a man named Gary Thuerk who worked for Digital Equipment Corp. His email blast went to 400 recipients as a promotion for his company’s computers, and it actually resulted in $13 million in sales.

Taking into account inflation, that’s equivalent to about $78.8 million today. Consequently, this email was also considered one of the first spam messages.

4. In 1989, experts predicted that other technologies would soon replace email (Source).

Namely, the fax machine. They never imagined that a “paperless” world was possible. They also failed to foresee how sending marketing emails would transform direct mail marketing.

When the internet went live in 1991, email was primarily used by universities or for corporate communications. The general public saw it as a novelty and still too expensive for everyday use.

On July 4, 1996, Hotmail launched the first free web-based email service. In doing so, they opened up a direct line of communication to potentially 20 million American internet users.

Today there are over 350 billion emails sent per day, And the rest is history as they say..

Online Email marketing has continued to grow ever since it first started, and as the internet has grown, so has the number of people that receive and read emails.

Think about this, almost every time you join or purchase anything online, what do they ask you for?

The reason they allow you to create an account from some other maybe even not related account, is because they figured you used your best email address there, and that is what they want, and why they set it up that way.

Successful businesses and marketers online, always want you to give them your email address, and your best one, or another way of saying it, is your “most important email address”.

Meaning the one you log into and read your emails in the most, because most people now a days have more than one email provider.

So, is email marketing dead?

Email marketing is the one of the most impactful and only ways to mass communicate with thousands of people at a couple clicks of the mouse, and continue a direct dialog with them over time, potentially for years.

Its personal, because the reader of your emails gets to determine if he or she opens and reads the emails you send them.

Email is one of the most widely used (digital) tools for communication, organization, and marketing promotions.

Since the very first “email” was sent in 1971, email has not only connected billions of people worldwide, but it has also become an essential part of everyday personal and professional life.

Email continues to defy its predicted demise, It has become a new type of digital currency, for valid email addresses now function as virtual keys that unlock access to almost everything online.

Without an email address you would be lost online in joining social networks, or in buying your favorite products and services..

You can apply having an email address to just about everything, and it makes perfect sense.

Email is your all access pass to everything virtual!

Is Email Marketing Going To Change In The Next 10 Years?

The best way to cook, is still with fire..

The best way to eat, is still to sit around a table with friends and loved ones having a few laughs and telling stories about your day.

It’s been proven that your brain retains information better when you take notes with good ole pen and paper rather than typing with a keyboard.

And fashion? Forget Lady Gaga for a moment: How much has it really changed?

Pants have been around since steppe horsemen and they aren’t going anywhere.

The World Is Turning Digital

“I very frequently get the question: ‘What’s going to change in the next 10 years?’ And that is a very interesting question and it’s a very common one. I almost never get the question..

‘What’s NOT going to change in the next 10 years?’

The second question is actually the more important of the two — because you can build a business strategy around the things that are stable in time.”

Email marketing practices are only going to grow over the next 10 years, as our world is turning more and more digital every single day..

We Don’t Adopt Quickly To Change

Even though, some people love hating on email …

… or they keep dismissing it as a marketing tool, as if it’s on the verge of disappearing or something.

However, next time you hear someone say that “email marketing is dead”, think about computer engineer Ray Tomlinson, who sent that first email … in 1971.

That was FIFTY years ago.

Think about the email you just read in your inbox today.

It is bigger and more widely used than ever, and only growing..

Maybe some time in the far away future, something crazy new will come out that works better, but it will take years for adoption, in case you have not noticed, people do not like or quickly take to change, it is one of the things in life we quickly fight against..

Email is different. It just feels like when you get even a very promotional type email, it feels like the person or company sending it, is talking directly to you.

Even though it may have been sent to a million other people. It is personal, because you determine if you open, read it, and engage.

And it is private to you, it is not like social media post where everyone can see them, your email only you see.

In Conclusion – Is Email Marketing Dead?

Email marketing is still the most effective way for an entrepreneur or business to communicate with masses of people all at once, and when people reply to your emails, you then get to engage with them in direct conversation.

If you are trying to make money online or reach a larger audience in anyway you need to be utilizing email marketing now in 2022 and 2023 and beyond!

Email marketing is not dead in anyway shape or form.

You have that same opportunity, you know.

If you are NOT building one, why not?

We would LOVE to hear your thoughts.

We really hope this article has been extremely helpful to you. If you have any questions, don’t hesitate to post them in the comments section below or just say hello.

Sincerely,
Your Friends And Partners
Richard And John Weberg

Richard and Jon Weberg are a father and son marketing duo who are both expert online marketers, and the founders of EmoneyPeeps.com. With over 29+ years of experience in the industry between them, they have a wealth of knowledge and skills in digital marketing, including email marketing, affiliate marketing, high ticket sales conversion, lead generation and blogging.

They are known for their ability to create effective marketing campaigns, and sales funnels that drive results for them and their clients. Richard and Jon are both regularly invited to speak at industry conferences, events, and webinars. Jon has also written several books on online marketing. They are respected thought leaders in the field and are highly sought after for their expertise.