Who is Joel Therien? Full Review Of GVO CEO 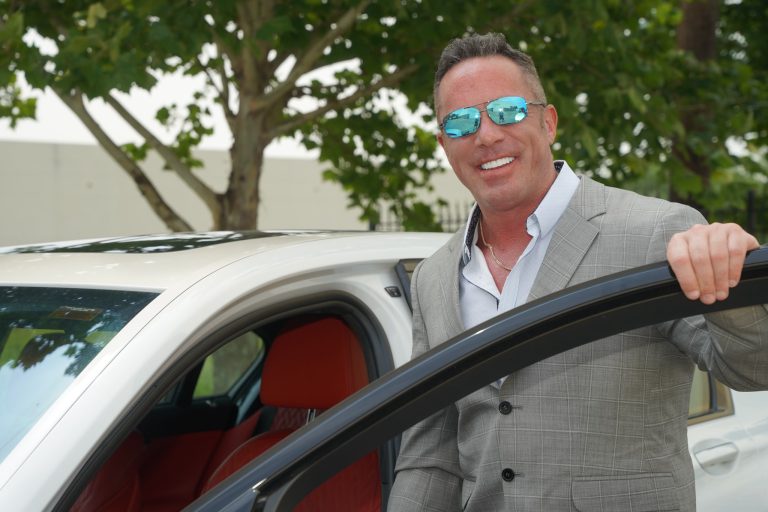 This is our Full Review of GVO (Global Virtual Opportunities) CEO Joel Therien.

Who is Joel Therien?

Do people really want to know who Joel Therien is? 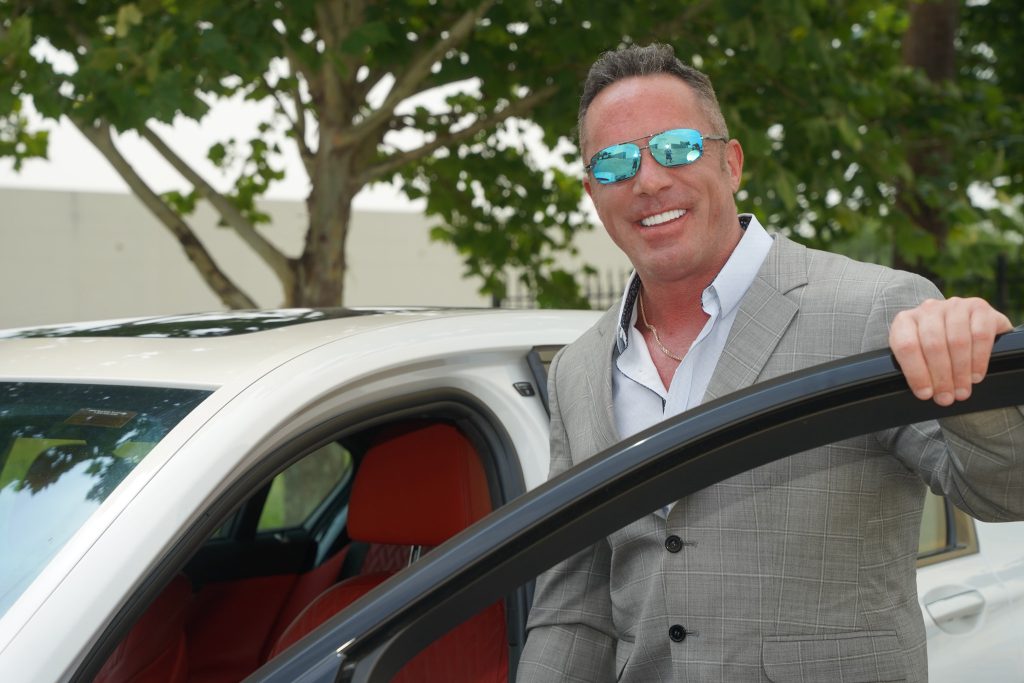 The answer is Yes they do, as his success story is pretty dang incredible, and he has literally touched the lives of hundreds of thousands of people! Joel is super passionate about marketing and fitness and has helped countless numbers of people make money with online marketing and live healthier lives.

So yes people search him out all of the time.

So in today’s blog post review we really want to highlight and share who Joel Therien is and his background. Now this may seem weird to some, but not to us, because Joel Therien has helped us personally earn hundreds of thousands of dollars in online marketing, and he has became one of our very dearest friends and mentors.

Whether Joel is traveling across the world, marketing, working out or spending time with his family, he is always thinking of others. Joel Therien is someone who we’re extremely proud to have known over the past 10+ years.

He is a man of high integrity who has built an online, affiliate, and digital marketing empire, and in the process helped many thousands of others.

Joel Frances Therien was born on July 7 1972, in Civic Hospital, Ottawa Canada, to Frank Therien and Jo-Ann Higgs Therien. He grew up in Aylmer which is a former city in Quebec, Canada. Aylmer amalgamated into the city of Gatineau in 2002. 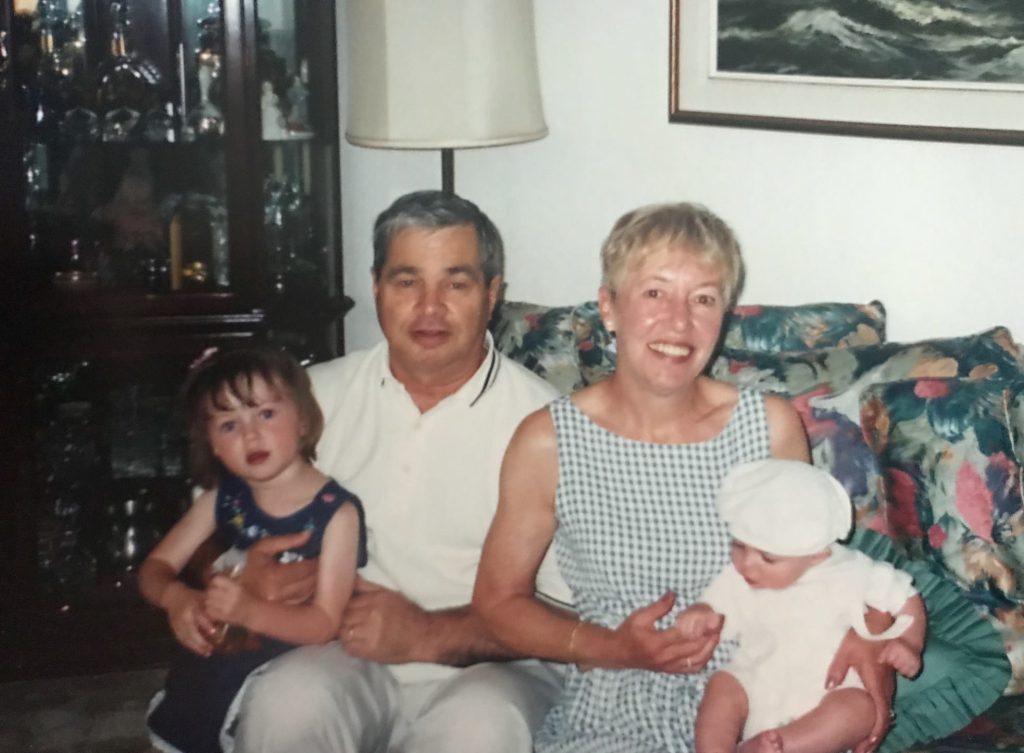 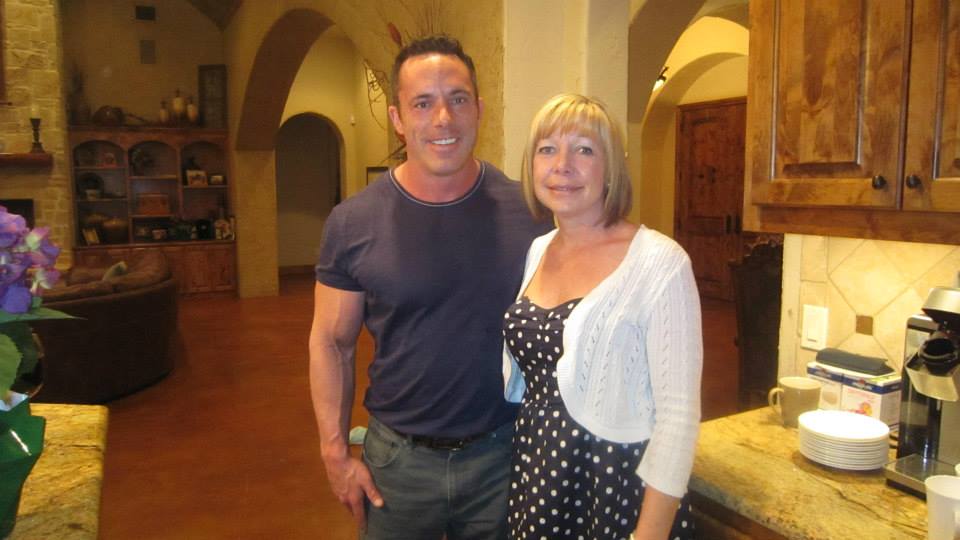 Here is a picture of them when they were kids. 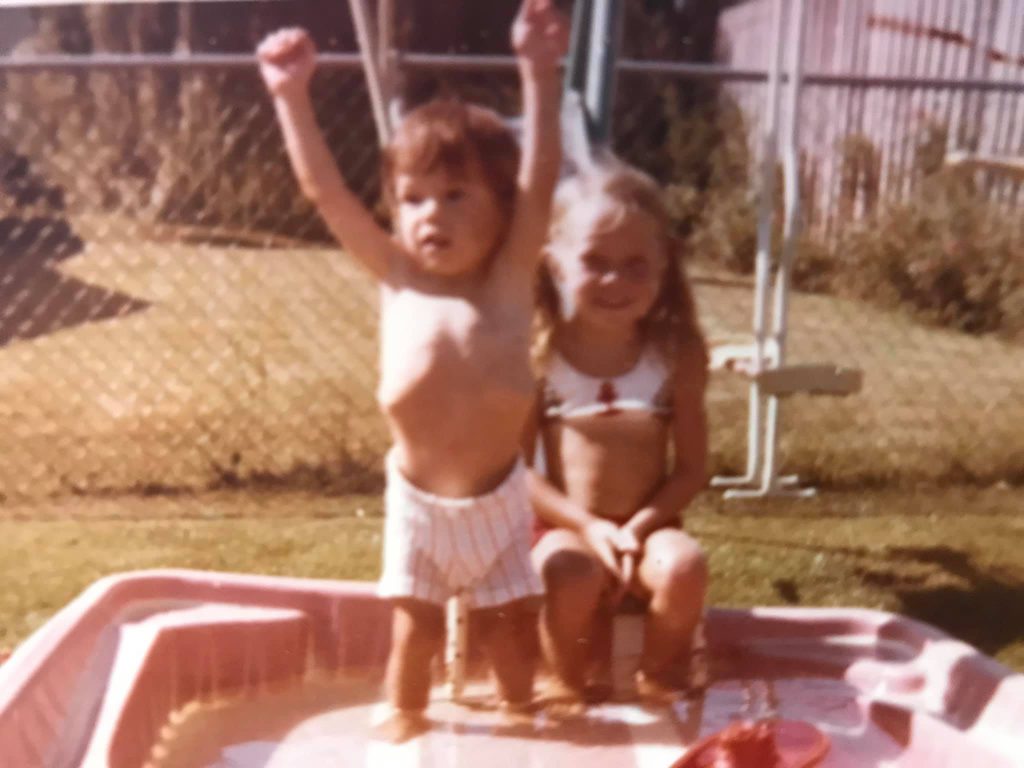 Joel Therien was bullied as a child.

Joel had a comfortable but challenging up bringing, especially when it came to elementary school. Joel at a young age was surprisingly small, and thin. Many kids would make fun of and bully him. 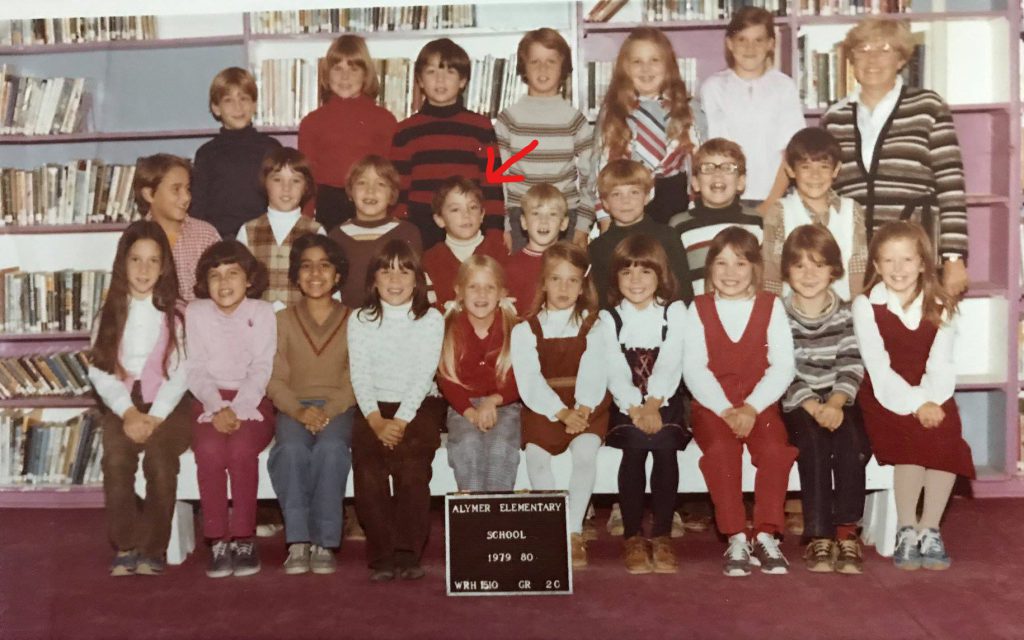 Because of this harassment he got from other kids, Joel decided he would change his physique forever. He began weight lifting at the age of 11 and as a teenager began competing in body building contests, and won his first competition at the age of 16.

Joel said “I wanted the bullying to stop, and it did, once I stopped playing the victim and started doing something about it.”

This bullying that he went through as a child fueled his life long passion for health and fitness. 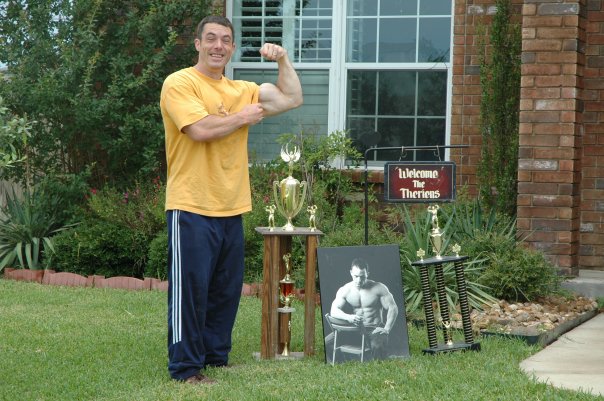 Joel has competed roughly 20 times throughout his life and placed in top 5 of all of his shows except for one. 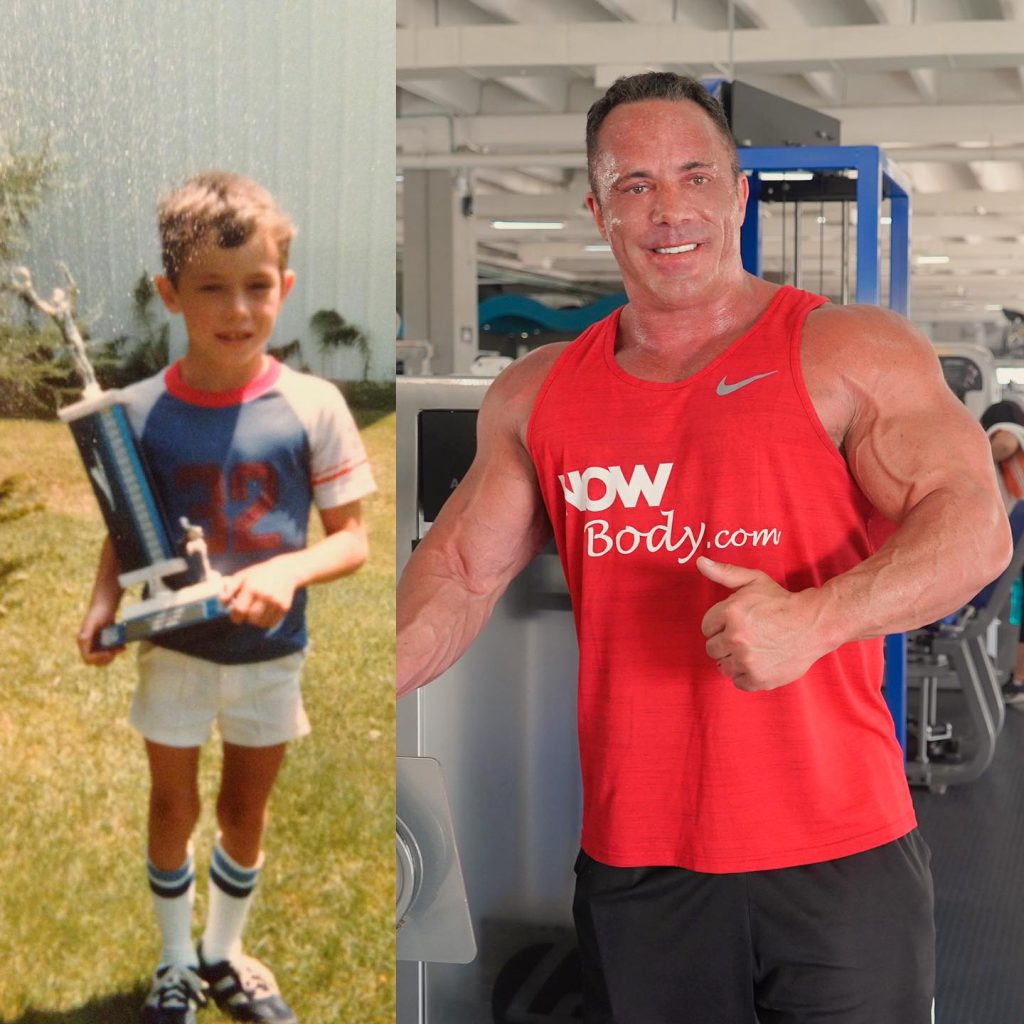 Joel Therien age 20 on the left and age 49 on the right. Joel no longer competes, but still shares his knowledge and passion for weightlifting and body building through his many online businesses and massive social media following. 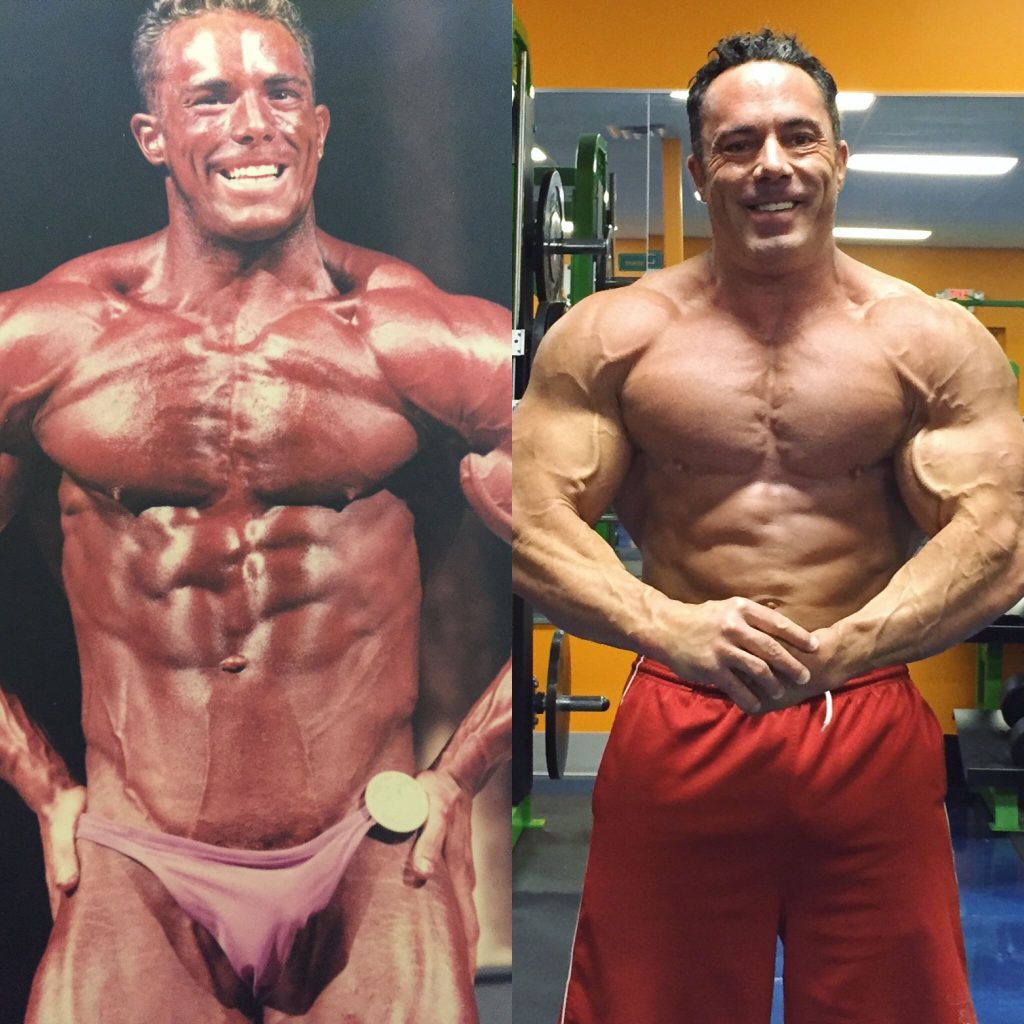 From the age of 16 Joel started working as a personal trainer and continued doing so after high school, eventually after flunking out of one college he enrolled and attended Concordia University in Montreal Canada where he studied exercise physiology with a specialization in Cardiac Rehab.

Joel ended up quitting college 2 elective credits short of his degree, because his daughter Livia was born in 1999, and he also got aspartame poisoning which forced him to look for other ways to make more money to take care of his family. He also worked as a doorman and in a hospital for a stint doing Cardiac stress testing, and was dabbling in online marketing since 1997.

Growing up Joel had a huge entrepreneurial influence on his life. His dad Frank Therien did direct sales door to door for a yellow page business directory book he created.. Often his dad, would come home with a wad fully of money collected from sales and show his son his accomplishments. Seeing this growing up influenced Joel to become an entrepreneur and business owner.

Joel said “I was working at a hospital in Ottawa Ontario Canada doing Cardiac stress testing. Despite having a great boss, great colleagues and a great salary of $52 000 a year, I quit eight months into it. I just realized very quickly that working for someone else was not going to provide me with the future that I desired for me and my family.

I remember saying to myself “Ok so now I do Cardiac stress testing at this hospital for the next 40 years? Yuk!” In 1997 I registered my very first domain name called “AylmerKiosk”. The idea behind this domain was to build a local information portal for the town of “Aylmer” that I lived in. My goal back then was to just have a few dollars to either supplement my income or pay my mortgage.”

Joel married Ilona Innus in 1998 and started a family. 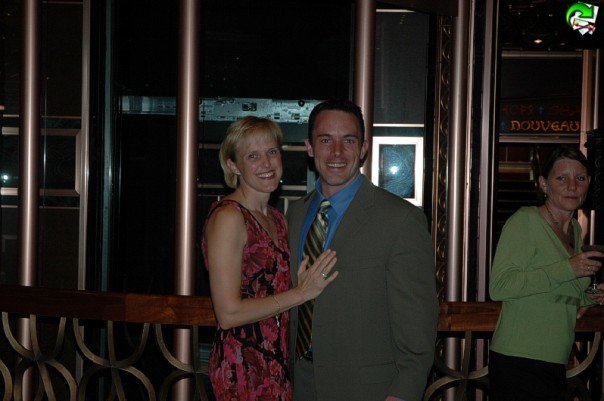 Ilona Innus (Therien) was also into body building and competing. 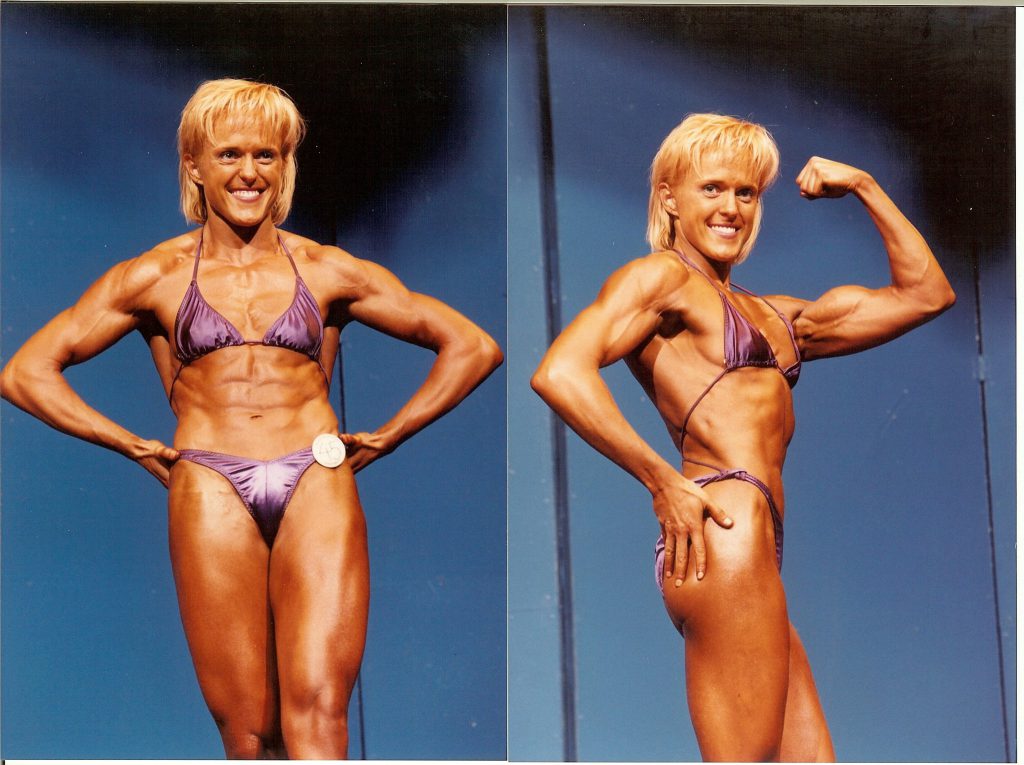 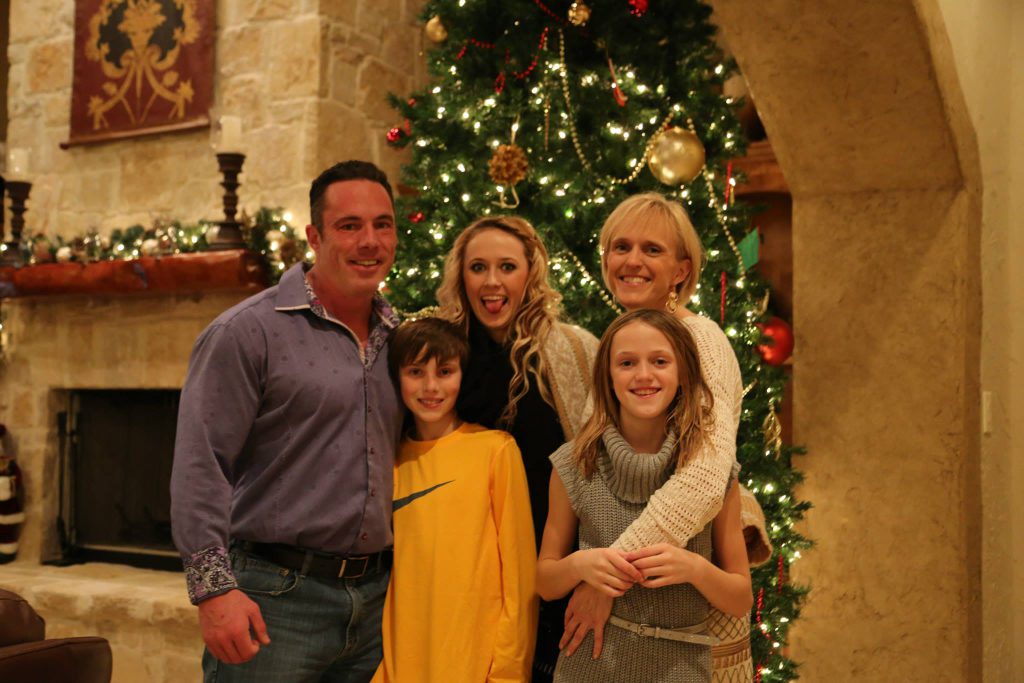 After dabbling in online marketing for a couple of years Joel decided to get serious about being a business owner. So in 1999 he quit his job and went to work full-time in his online business (Kiosk) which he launched from his basement in 1997. His business was selling web hosting and had a local search engine. Joel actually built the first servers he used to host peoples websites on. Joel said “I named my business Kiosk because it meant the same in french and English for my area.”

Joel moves his company to the US and changes its name.

Eventually his web hosting businesses growth ate up all the bandwidth in the city he lived in Canada. So he decided to move his business to the United States in 2007. He chose Schertz, Texas because of fiber optics needed to expand his business and for strategic reasons due to weather in other areas. He also changed his company’s name from Kiosk to GVO (Global Virtual Opportunities) upon moving to Texas.

GVO is a website hosting and online marketing software company. They offer inexpensive and reliable web hosting solutions as well as business building software, such as an autoresponder, web conferencing, easy video creation tools and a prospecting system.

GVO has its own state of the art data center located in Schertz, Texas. 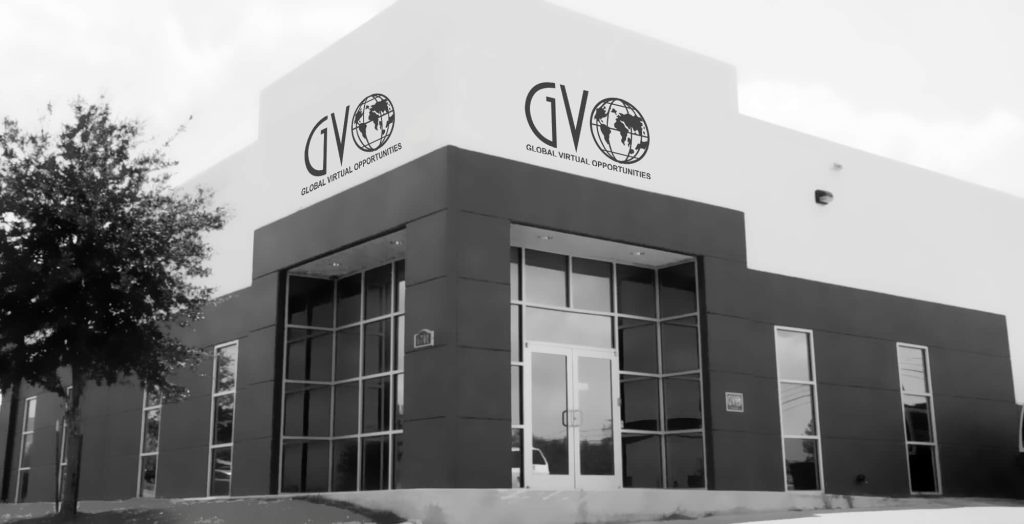 Besides GVO headquarters housing the data center and offices for employees, it is also has a full workout gym Joel had built.

Here he does all of his weight lifting and fitness training videos for customers. Thousands of other people have worked out in this gym as well, as he is always inviting customers and affiliates to join him for workouts. 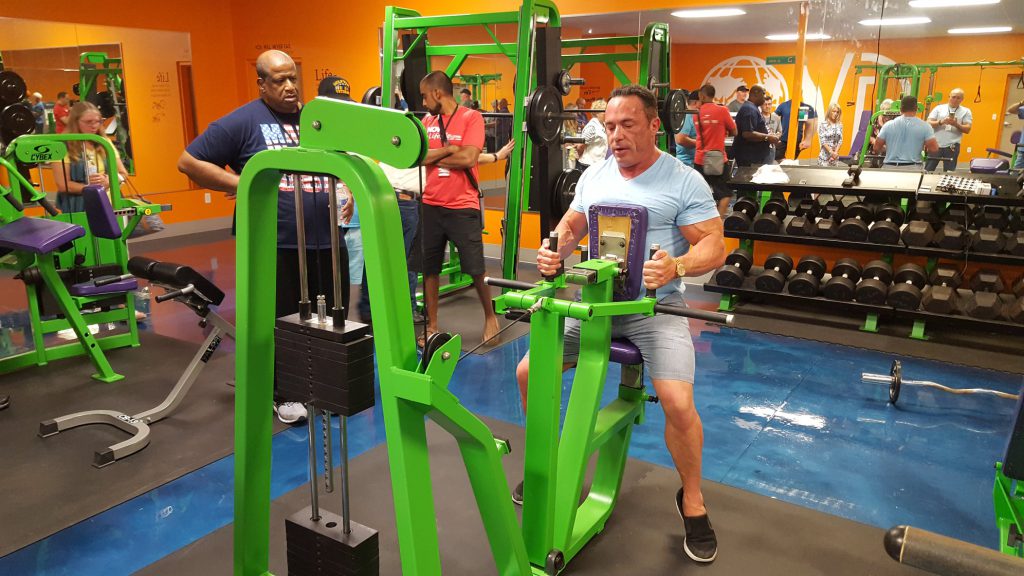 Starting out with website hosting, over the years he has gone on to create businesses in the health and wellness, affiliate marketing, CRM, autoresponder, and marketing/sales education space.

Joel has launched and created several other businesses over the years, under his parent company GVO. All of these businesses including Host Then Profit, Pure Leverage, 7 Minute Workout, and Now LifeStyle have done millions of dollars in sales.

This is why Joel is considered one of the greatest marketers and business minds of our time. Joel and his company have done over $280,000,000.00 + in sales over the past 20 years, and have paid millions to affiliate marketers around the world.

A little over 4 years ago, Joel decided to combine his passion for health and fitness with marketing into one hybrid business, called Now LifeStyle. Currently he is spending the majority of his time and energy building Now LifeStyle into a major brand and household name.

Now LifeStyle provides customers and affiliate marketers the products and marketing software they need to build a successful business online. As well as the fitness education, video workouts and supplements to aid one in building a healthier more fit life, these products are sold through its sister company NowBody.com.

1. Customizable workouts
2. Its own line of nutritional supplements
3. Resistant Bands
4. Health and fitness instruction and education

Joel Therien is on a mission to help people live healthier and wealthier lives. His dedication is unsurpassed.

Joel Therien our friend and mentor.

At first glance when you meet Joel he seems quite shy, as you get to know him you will come to discover his warm personality and funny, kinda even quirky sense of humor. Do not let his big muscles scare you..lol

We will never forget the first time we went to Joel’s house in Texas, it was during a marketing event he was hosting many years ago. He invited a literal busload of people back to his house. Once everyone was inside, Joel stood on his very expensive coffee table and yelled “My house is your house, dig in the cupboards, the fridge what ever you want!” And people did, they started helping themselves to food, and drinks, and what ever else they wanted..

Joel looked totally comfortable with it….Because he meant it.

We knew from that moment he had a big giving heart for others. He made sure no one felt uncomfortable in his home or in his presence.

Our dear friend and mentor Joel Therien works tirelessly to help other people succeed in life. We have known him personally now over 10 years and have never seen him waiver in his commitment to helping others. He has influenced and worked with some of the most successful online companies and marketers in the world.

His kind and giving heart are evident in so many ways and we love him as a brother!

To this day, Joel isn’t just among the greats, he helps build them.

He’s as man with vision and passion, and plans to continue building his company to a billion dollars in sales.

It is Joel’s mission in life to share a message of happiness, wealth and health and change as many lives as he can, one person at a time.  He is continually looking to the horizon with plans of sharing his mission so more people can be influenced to take care of themselves and live longer healthier lives.

You’ll find Joel marketing, traveling the world, visiting incredible locations and countries, and doing his best to enjoy and share life to the max.

He’s an amazing person with even more amazing sincerity and heart.. It’s been a blessing knowing him. 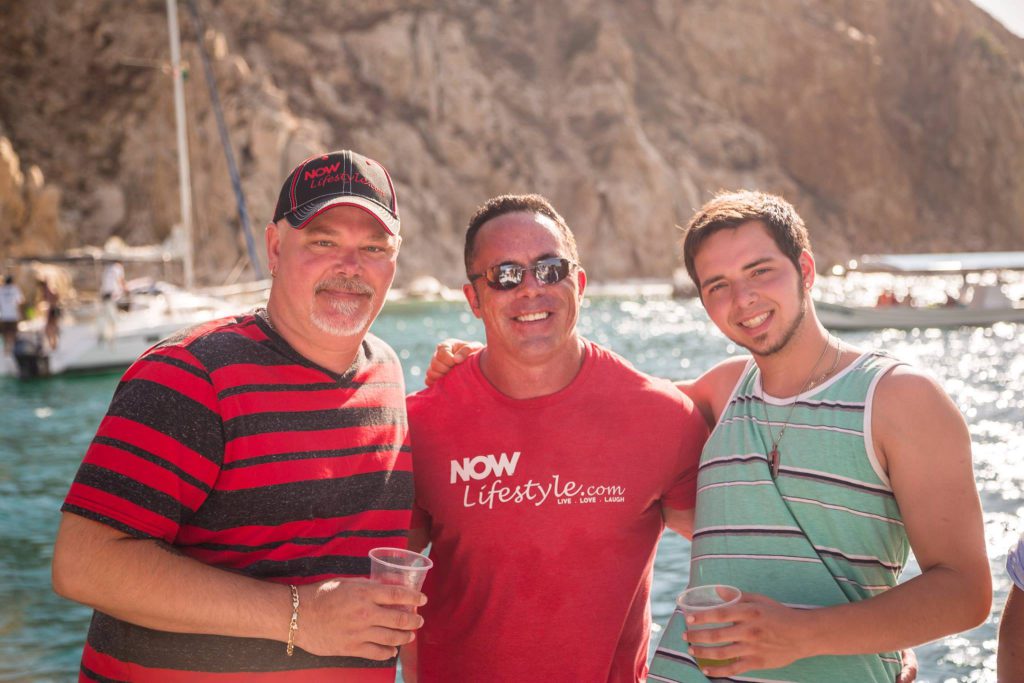 If you ever have any questions, don’t hesitate to post them in the comments section below or just say hello 🙂

Sincerely,
Your Friends And Partners
Richard And John Weberg 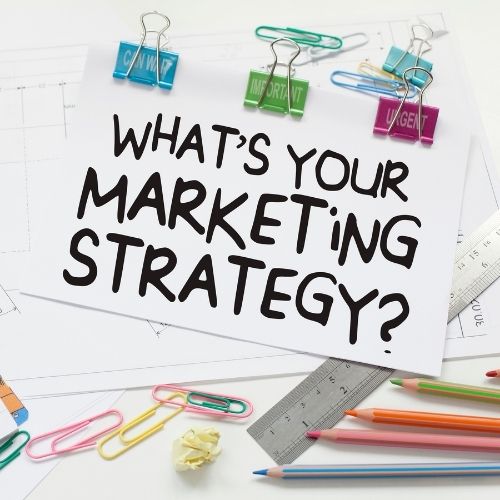 What is Affiliate Marketing And How Does It Work? 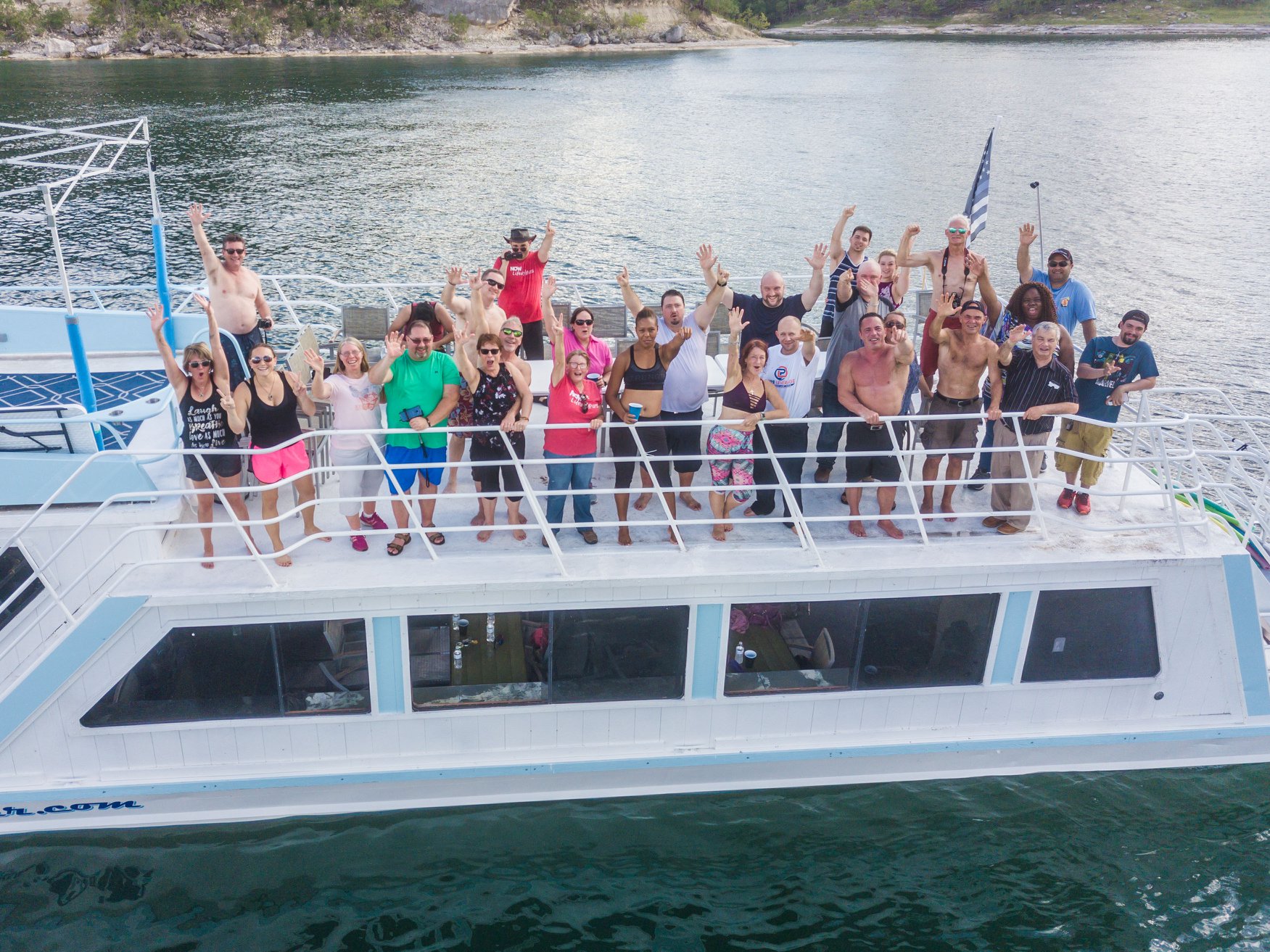 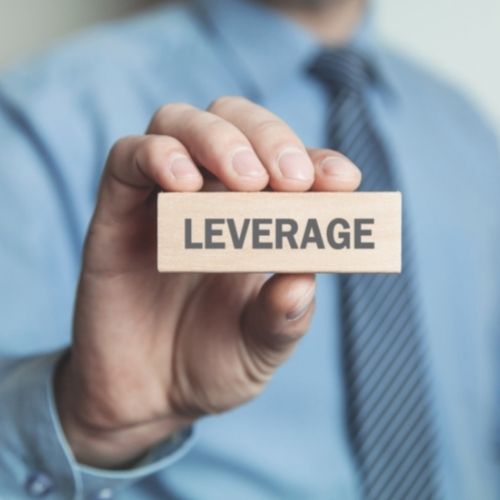 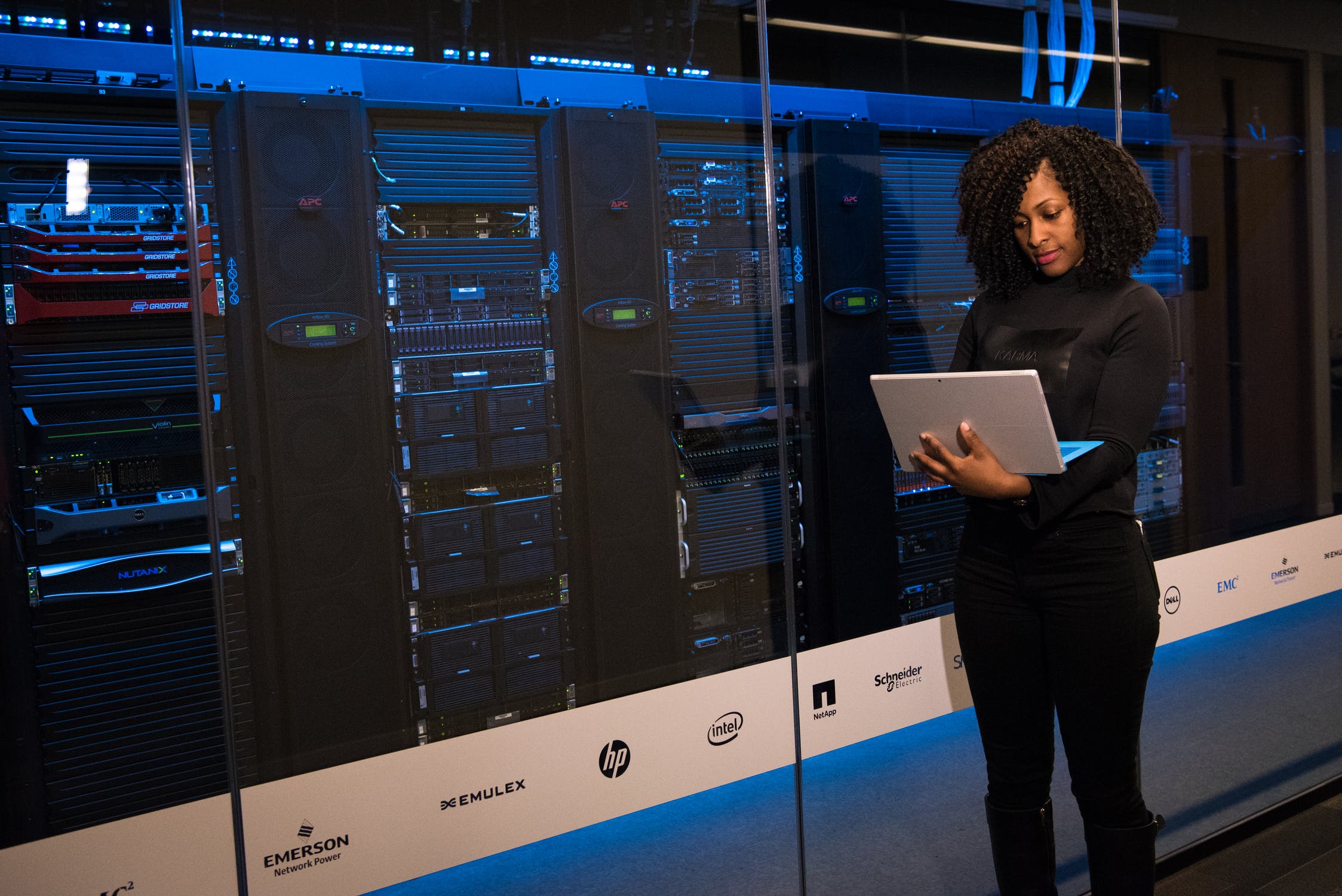 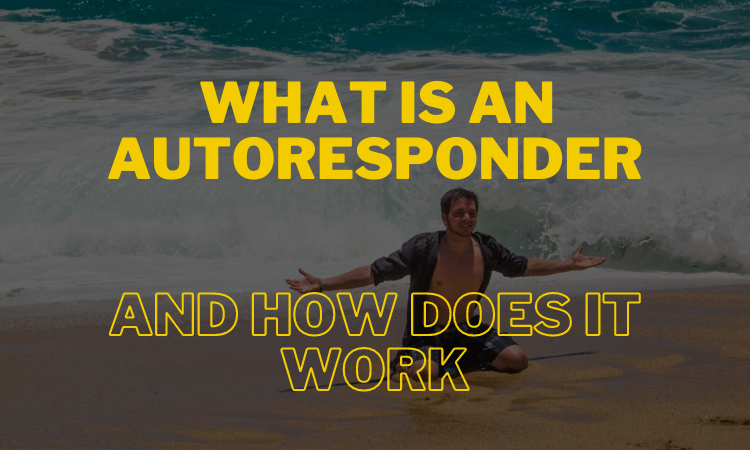 What is an Autoresponder and How Does It Work? 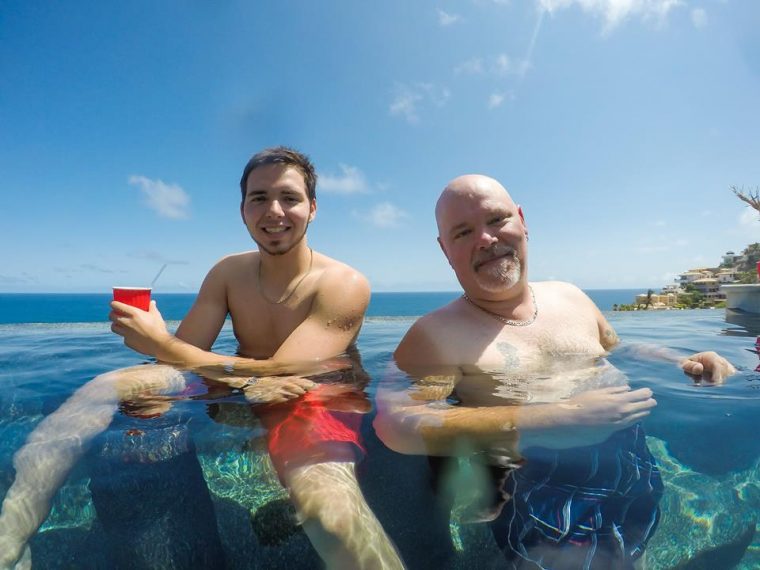 Learn More About Us 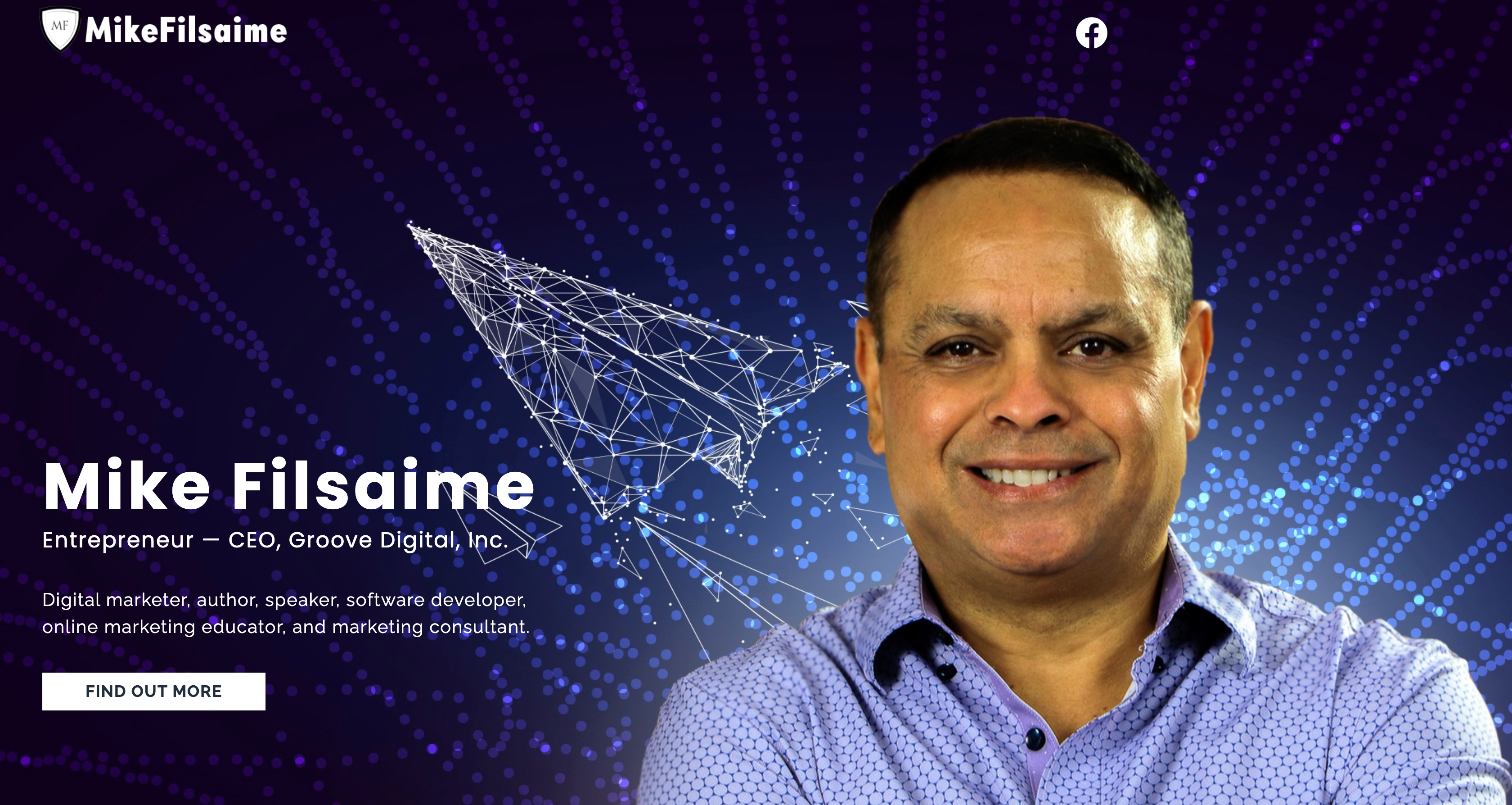 Who is Mike Filsaime? Well he has been referred to as the Michael Jordan of digital marketing, and he’s the Groovefunnels CEO and co-founder… As well he’s considred the God Father of eCommerce software.. So 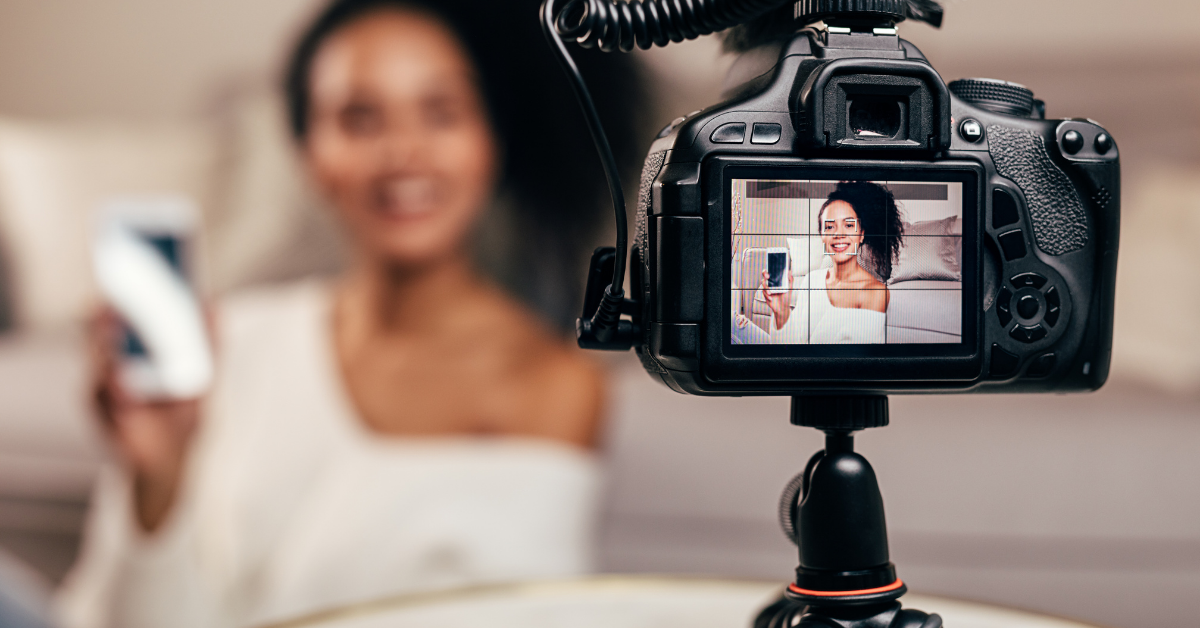 Don’t underestimate the power of video marketing. People from all walks of life are living incredible lifestyles while generating passive income through online video marketing. And you don’t need to be a mega influencer or 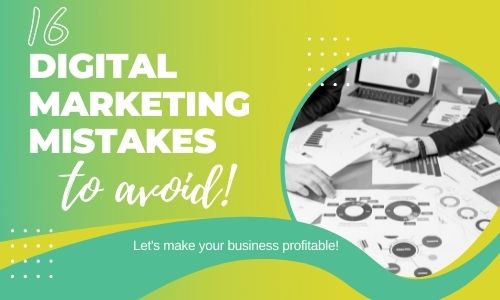 We share 16 Digital Marketing Mistakes To Avoid and what you can do to prevent them, including strategies, social media, content creation and setting a budget and goals. 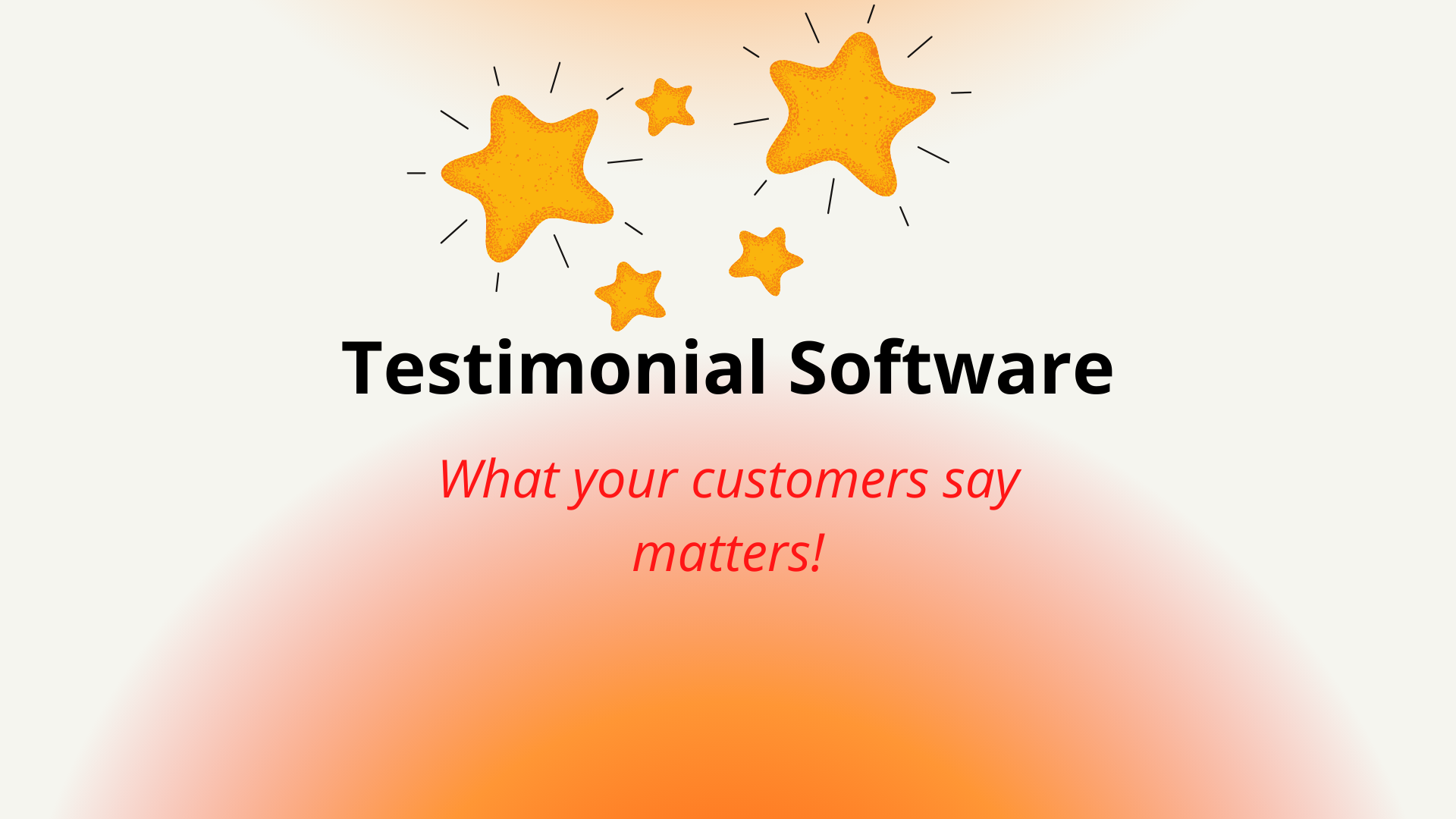 Want to know what the Best Testimonial Software is for 2022? We take a look at how technology can push your video content marketing to the next level!